The long-running TV series The Amazing Race is one of my favorite reality shows of all time. I can say I have never missed a season of the original American edition of this series.TV5 and activeTV Asia  is about to launch the second season of The Amazing Race Philippines hosted by Derek Ramsay, and they are looking for contestants who are up for the adventure of a lifetime! Do you have what it takes? Do read the requirements.

Despite the noise made by Microsoft’s acquisition of Nokia’s mobile and services division this month, the company still continues releasing Nokia-branded phones. Karel Holub, Nokia Philippines General manager does assure us that operations will continue as is under Microsoft which means releasing quality phones and services. Nokia Philippines, now Microsoft Devices Philippines recently announced the Nokia Lumia 630 Dual Sim,  a mid-range budget phone and the first Microsoft device sporting the Windows Phone 8.1 OS upon release.

Merrell, one of the premiere outdoor shoe brands in the country has partnered with Department of Tourism for their campaign “Getaway to Adventure”. In line with their philosophy to encourage people to go outdoors and live a life of adventure, every month starting from the month of April 2014, they will be bringing two adventurers to a getaway a Philippine outdoor destination. Adventure outfit TrailAdventours will be handling the tours as Merrel will fit the winners with a new pair of shoes to go with their escapade. 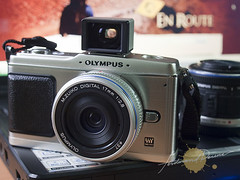 The year 2009 has been looking good for Olympus since they launched the Olympus E-P1 last June 2009. I’ve been keeping close watch on the development of the Micro Four Thirds format and as of late it has been very promising in pushing the boundaries of design that other companies are already studying on how they could develop their own mirror-less interchangeable lens system just what like Olympus and Panasonic did. 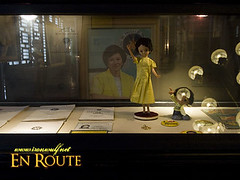 I was still on my early childhood when I got to know former President Cory Aquino. It was before, during and after the 1986 EDSA Revolution when she became a majore personality for me running against the Marcoses. It was an unusual sight to see a person mostly garbed in yellow and raising an “L” sign with her thumb and point finger to symbolize “Laban” or “Fight”. Today August 1, 2009 at 3:18am Philippine Time, Corazon Aquino passed away battling colon cancer. 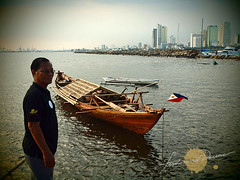 I’ve been following the developments of the “Voyage of the Balangay” since last I wrote about it. Last June 27 2009 was another momentous date as the Balangay (Balanghai) was eased forth to the sea months after its creation. Morning at 10am Saturday, more than 400 people at the CCP grounds witnessed how Art Valdez cut the rope to let loose the Balangay to sea. I wasn’t at the event that afternoon since I have a Photo Lecture at that time but Carina, one of the Everest team showed us snippets of the video when we dropped by in the afternoon.