While most people would drool over the latest high-end smartphones in the market, there is still a segment for budget and entry-level buyers. People would buy mobile phones as a transition phone, temporary device while traveling in the country, or a phone for frugal people who are simply concerned about its basic use. The Starmobile Play Plus is one of the very affordable smartphones in the market for Php 2,290. Its specs is a far cry from the Starmobile Knight Spectra I reviewed before. The Starmobile Play Plus with its modest specs of Android Marshmallow 6.0, 5” display and 1.2 Ghz Quad-core processor was able to pull-off some surprises.

END_OF_DOCUMENT_TOKEN_TO_BE_REPLACED 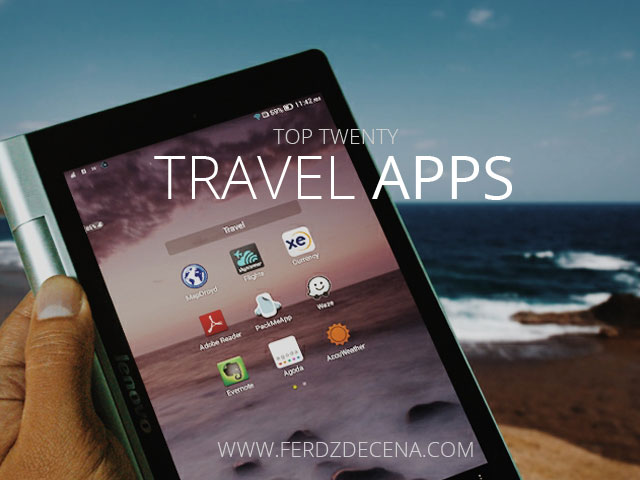 Smartphones have definitely redefined the way people travel. Suddenly there are travel apps that help people plan, prepare and documents a trip. Being a tech geek and travel freak at the same time, I utilize these tools to add convenience whenever I travel. Here are some of my favorite travel apps that I use for both my Android and Apple IOS devices.

END_OF_DOCUMENT_TOKEN_TO_BE_REPLACED

Ever wondered what a cross between an Android and a Microsoft Windows Phone would look like? Well, Nokia seems to think fusing them together would be a hit. Their new “X” line of smartphone puts in a forked Android system and dresses it up with their Windows Phone interface. How it goes? I took home a demo unit of the Nokia X with me (as well as the other attendees from yesterday’s Nokia X launch) to fully experience their new smartphone.

END_OF_DOCUMENT_TOKEN_TO_BE_REPLACED

Budget conscious travellers like me meticulously list down expenses while traveling. Traditionally, I jot them down on a notebook by the end of the day. But I must admit, the advent of smartphones have changed my documenting habits. While I still do list them down occasionally, my process has become much easier since I started using Toshl Finance App.

END_OF_DOCUMENT_TOKEN_TO_BE_REPLACED

Google Currents is an app developed by Google that’s designed to deliver a magazine-type experience while reading content on mobile devices like tablets and smartphones. Released late last year 2011 in the US, it only got available internationally last April 2012. If you’re an Apple IOS user, it’s easy to say it’s a competitor to FlipBoard, a neatly designed social media aggregator. Clearly and personally, I  think Flipboard wins in terms of aesthetics and reading experience as well as integration of social media accounts like Twitter, Facebook, and Instagram. But Google Currents do have aces up its sleeve besides becoming a pre-installed app in all Android devices starting from the upcoming Android Jelly Bean (4.1).

END_OF_DOCUMENT_TOKEN_TO_BE_REPLACED

It seems that everyone is going gaga over the latest phones like the latest Samsung Galaxy S3 or even the coming iPhone. Nothing wrong with that since it pushes technology forward. But with my recent phone acquisition, I looked more on the practical side of things. I wanted a phone that can I travel with, a hardware that can take a beating from the elements yet smart enough to be connected and do more task than just the usual call and text. That’s where I took notice if the Sony Ericsson Xperia Active, a model released mid 2011 that promises to keep up with anyone who’s got an active lifestyle. I’ve always been the market for niche phones like this (I had the Siemens M65/75 series before) and its been a while since I have a sturdy phone. I took a dive and got myself a Billabong Edition of the Xperia Active that comes with a LiveView. After more than a month with the phone, here’s what I have to say with it.